The top 20 cryptocurrencies are seeing mixed movements on the day while Bitcoin’s (BTC) price dips below the $8,000 mark by press time.

Cryptocurrency trader Josh Rager has taken to Twitter to inform his followers about the Bitcoin price forming a Doji candlestick on its weekly chart. He also points out that he expects a potential trend reversal.

Bitcoin Plunges (Again) Below $8,000: New Lows Or a Clue That Might Turn BTC Bullish? [cryptopotato.com]

By looking at the declining daily volume candles, together with the steady but stable recent Bitcoin price action, we can assume that a stronger move will be coming up shortly. In my opinion, any breakout at the broader range of $8400 from above and $7700 from below, will signal the direction of Bitcoin’s next major move.

Bitcoin Lost the Best Performing Asset Status to Gold in Q3, But Might Rally in “Most Upside” Q4 [bitcoinexchangeguide.com]

Bitcoin, that has been the best performing asset of 2019 and still is, lost the race in Q3 specifically to gold, as per the latest report by Blockforce Capital.
Sept. was the third consecutive month of negative performance that saw the leading cryptocurrency falling 14.4%. As such, the third quarter saw bitcoin down 23.8% while gold emerged as the best performing major asset.
“It has been the 3rd worst quarter since 2012.”

WILL THE US LAUNCH A CRYPTO DOLLAR? COINBASE CEO PONDERS [bitcoinist.com]

Now that China is looking into creating a stablecoin, I wonder if the U.S. will reconsider it's ridiculous response to Libra.

There are many cryptocurrencies, and Libra is just one of them. But the way the U.S. government reacted it's like they almost want to be left behind.

Facebook’s attempted foray into the crypto world certainly grabbed the world’s attention. Meanwhile, China’s intentions to launch its own stablecoin grabbed the attention of US politicians. Industry leaders are now wondering whether the US will get left behind due to its negative stance towards digital assets.

97% of South Korean Cryptocurrency Exchanges in Danger of Shutting Down: Report [ethereumworldnews.com]

Prixbit shut down in August “due to negative internal and external influences,” according to its management. Local news outlets reported that with the exception of the nation’s four largest exchanges (Bithumb, Coinone, Korbit, and Upbit), many smaller exchanges are not able to create real-name virtual accounts for users due to lack of cooperation from local banks.

This article provides a quick overview of how the crypto markets have been doing—with the focus on Bitcoin (BTC), Ether (ETH), Cardano (ADA), Unus Sed Leo (LEO), and Ethereum Classic (ETC)—over the past 24-hour period.
To give you a rough idea of how things are going today, 15 out of the top 20 cryptoassets (by market cap) are currently in the red (against the dollar).
All market data used in this article was taken around 07:50 UTC on 6 October 2019 from CryptoCompare, which also generated the price charts shown in this article.

Crypto analyst Nicholas Merten says he’s seeing more signs of a coming rally in the altcoin market. Merten, who runs the popular YouTube channel DataDash, says Bitcoin’s dominance of the overall crypto market appears to be waning. He believes it will likely continue to drop in the near term, giving Ethereum, XRP and Litecoin a chance to stage a rally against the king of crypto.

Bitcoin Dominance Poised to Breakdown, Are Altcoins About to Rally? [newsbtc.com]

Bitcoin dominance is currently at 70%, but I’m predicting it will decline significantly as alts gain a lot of dominance over the next year.

Many alts including $XRP and $ETH look very bullish in their BTC pairings!

What do you think, will alts gain dominance in the market?

Bitcoin’s weakness over the past couple of weeks has resulted in a failure to bounce back as it clings to support at $8k. The drop had largely been expected and many analysts are of the opinion that further declines could be on the cards. The BTC dominance chart is also showing telltale signs that could be beneficial for altcoins.

Bitcoin use for illicit activities is only 2%, while 21% transactions are lawful and 77% are unclassified [ambcrypto.com] 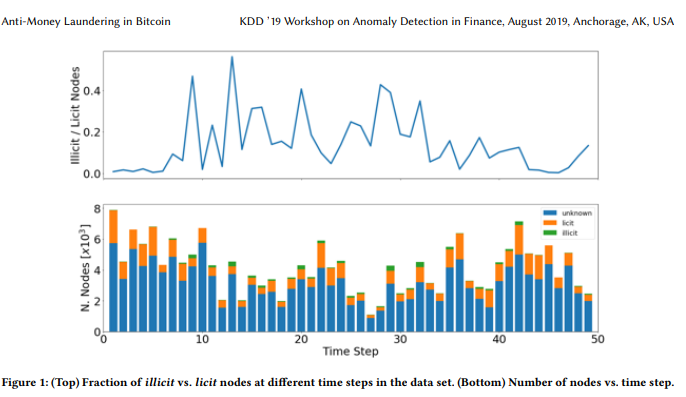 Cryptocurrency adoption around the globe has been on the rise as regulators and governments realized that it cannot be banned completely. However, one of the major roadblocks toward widespread adoption has been the views of a few naysayers who have often claimed that the nature and technology behind cryptocurrencies made it easier for money laundering and other illicit activities.

Bitcoin users today are blessed with a panoply of feature-rich software and hardware wallets. When Bitcoin launched, however, there were no wallets. It took Satoshi Nakamoto to engineer the first desktop client, and his creation proved surprisingly resilient, serving the community faithfully for years.