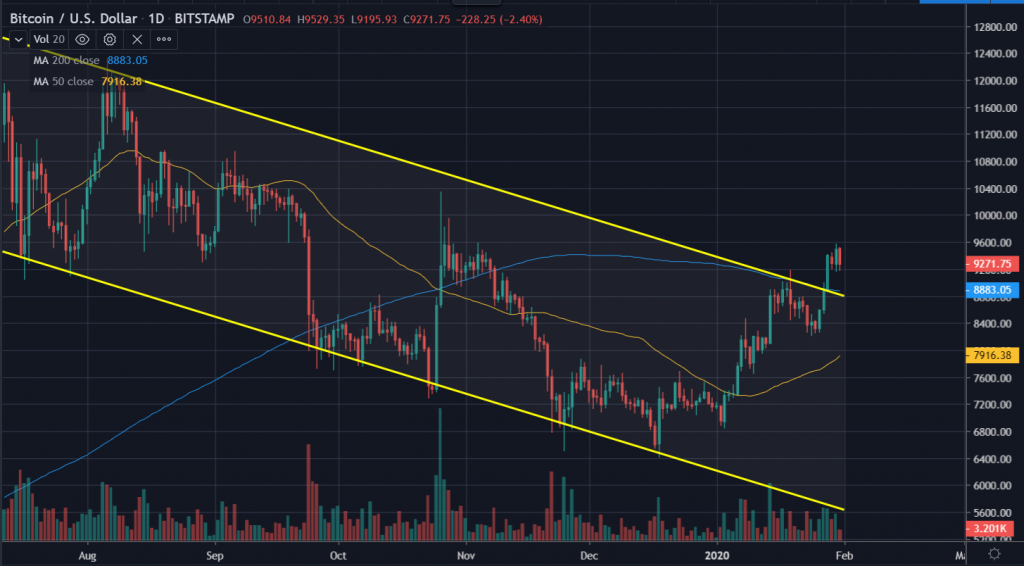 Options Growth Will Ignite Innovation in the Bitcoin Market – But Not in the Way You Think [coindesk.com]

We expect #bitcoin to shrug off global equity jitters because $BTC likely seen as a ‘safe haven’ from #coronavirus spread.

– breaking from the pattern of 2019 where bitcoin and stocks moved in lockstep https://t.co/O6gWzPBLj1

These Are the Most Traded Tokens on Decentralized Exchanges Right Now [thebitcoinnews.com] Litecoin Closing Above This Key Level Will Make it a “Screaming Buy” [newsbtc.com]

Break horizontal resistance / 200 MA on the daily or reject. pic.twitter.com/zEtHEr4d6w

Ethereum’s march above $186 will begin after corrections at $174 [ambcrypto.com]

Reason To Worry? Trezor Wallets Can Be Physically Hacked In Less Than 15 Minutes [cryptopotato.com]

Fewer Pronouncements of BTC’s Death in 2019, but Here Are the Top 5 [cointelegraph.com]

Everything Wrong With The Cannabis Industry: Investors Beware [ccn.com]